You have to think about WHY you are doing something!

*pause, re-read and reflect on that for a moment*

Next, you have to think about HOW you are doing something!
Why – then how.

IF you’re practicing for rest and recreation then you can do just about whatever. However, IF you are practicing for some type of performance the how becomes essential. Sadly, most of the how-s out there are completely outdated and often wrong in terms of how the brain (after millions of years of evolution) work. Unless you yourself is keeping up with research or have a mentor/teacher/partner/friend or random dude on the internet who does then chances are you are off-target. I was, and it was nagging me, until I came by Steve Morris back in 2014. One of his essential messages (in regards to fighting/martial arts) is this:

“I think what you have to remember about the human neuromuscular skeletal structure and those tightly interwoven perceptual decision and action planning processes of the brain is that they are far from optimal. In other words natural selection isn’t interested in the optimization of structure, perception, decision making, action planning and the execution of optimal movements. But simply a movement solution that supports a behavioral drive ie appetitive/approach, aversive/avoidance and which for simplicity sake is the spontaneous adaptation of hard wired behavioral patterns and useful actions. A fast, frugal, dirty, anti fragile (robust) heuristic solution as opposed to something that is going to take too much time to process and execute. We have evolved if you like to produce acceptable solutions rather than optimal ones. In that natural selection isn’t interested in optimal design or movement ie how pretty you look and move but whether you survive long enough to reproduce. And that’s what makes the way certain self defence experts and movement specialists train and practice so fucking funny. In that they haven’t really understood why we are the way we are in the first place but claim to anyone who will listen that they do.” [1]

Evolution has shaped us with perceptions that allow us to survive. But part of that involves hiding from us the stuff we don’t need to know. And that’s pretty much all of reality. [3]

So what this means is that your practice needs to be realistic and as representative/comparative as possible of the performance you are working towards. [4] In other words: ditch all drills and go at full speed. Full speed is essential because the neuromuscular patterning is different when you go slow compared to when you go fast. [5] [6] If there’s a particular skill you want to practice it should be done in context and interleaved with practice of other skills. For instance skill A, skill B and skill C and so on are practiced together and in a pattern of, say, ABCABCABC. (A popular traditional approach is called blocked practice and involves practicing one skill at a time before the next: AAABBBCCC. This approach, however, has been been shown to yield results far below that of interleaved practice.) [7] [8] 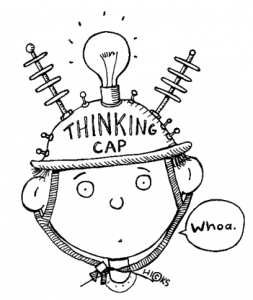 Playing for Life is a community dedicated to never stop playing and exploring life's endless possibilities.